Whats The Flap About?

What’s the flap about? 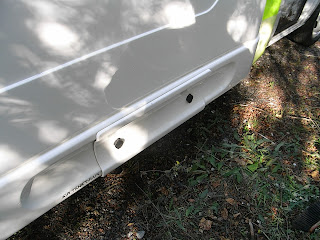 On the offside behind the drivers door is a flap for which I had no keys. Having drilled the locks I was delighted to find the “domestic “ batteries”. Just look at the slide out tray. There’s no question these ambulances are so well designed and built. 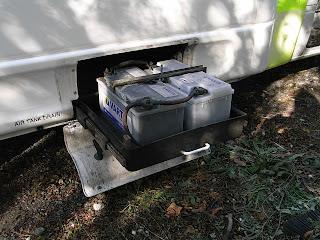 Having found these I set to finding out where they got their power from and where it went to. I traced it all under the passenger seat. What I initially thought was an inverter turns out to be a 12v power supply and charger. This fed into a huge isolator which at some point was remotely operated by a solenoid. 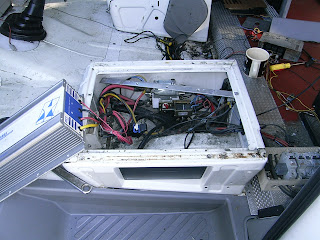 The output of this isolator fed into the panel behind the passengers seat via a set of 40 amp MCB’s just to the right of the picture above. 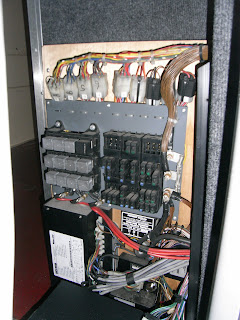 Having isolated the 3 40 amp feeds to the “big” panel I checked all the primary vehicle electrics. The only thing to go out was the high level marker lights which would not have been part of the original VW chassis cab wiring. The other 2 circuits I was very keen to preserve were the side door central locking, and the rear A/C power & controls. Having spent some considerable time tracing the 100’s of wires I removed the “big” panel and terminated the wires. Phew! Success. Retained circuits working, rear A/C working, central locking working, masses of ambulance wiring gone. 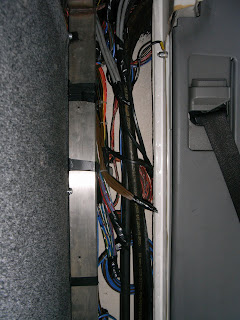 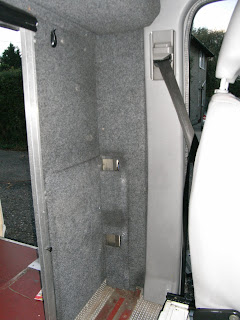 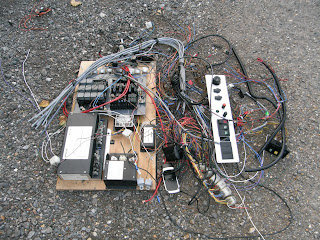 Tomorrow the 46 is off to the garage to have the MOT work done.