The plastic shower tray was very flexible. I am told that some people put then straight in like that and don't have a problem with it, however the amount of flexing bothered me, and besides how many domestic showere flex when you stand in them?

My first idea was to make a cement slurry, and this did look promissing until I turned the tray the right way up (once set) and it fell out and smashed. Plan 2 was to use expanding foam but instead of letting it puff up I put clingfilm over it then a flat sheet with a large weight on it to force the foam to set more solid.  That stuck, but it was still too spongy.  Getting it out for the 3rd attempt was very difficult.

The third attempt was to cut out 14 disks of the right thickness, hardboard was spot on.  Stick these in the inverted dimples followed by a final infill of MDF.  Problem solved. 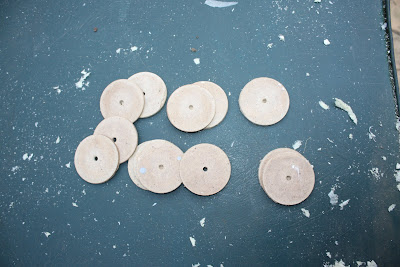 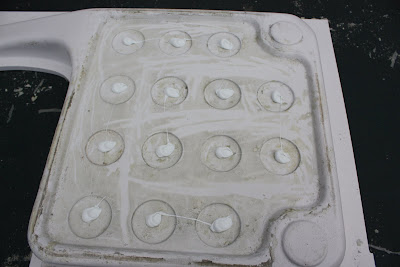 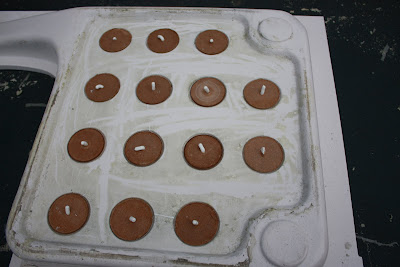 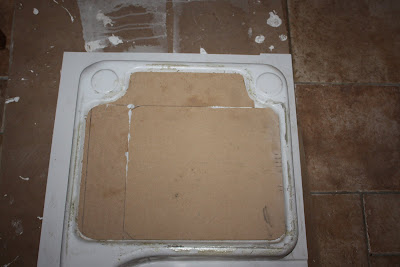 The base is now nice and firm.